Can You Flush Paper Towels

It has happened to the best of us. The job is done; you reach for the toilet paper, only to face the unpleasant reality: there is none. You try the cupboard where the stash usually is, but that one is empty too. What now? 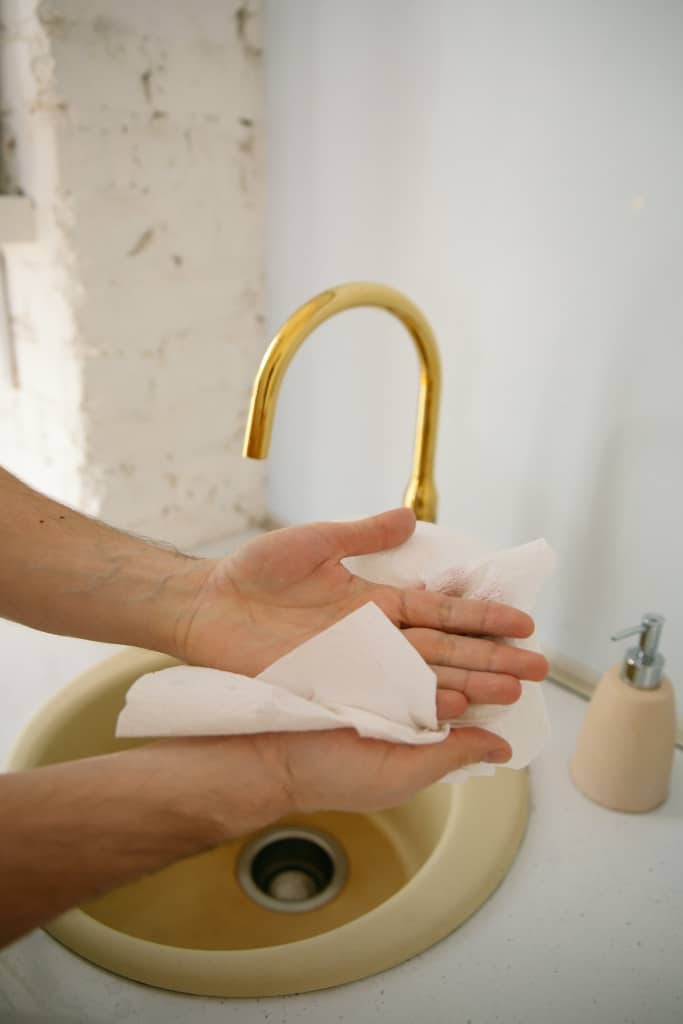 In this article, we’ll talk about why you shouldn’t flush paper towels and what to do if you have already done it.

Can You Flush Paper Towels?

Mainly because the toilet may clog, putting you in an unpleasant situation that can cost you a lot of money. On a larger scale, flushing products that are not intended to be flushed, such as paper towels, can cause major environmental hazards.

What Happens if You Flush Paper Towels?

Unlike regular toilet paper, paper towels are not made to dissolve quickly in water. On the contrary, they are highly absorbent and tear-resistant when wet, making them very helpful when you spill something in the kitchen.

However, when flushed, paper towels stay in a single piece and get bigger as they absorb liquids. They will probably pass down the drain (if you don’t try to flush too many at once), but then they’ll just get stuck in the drain as they grow in size.

If you keep on flushing paper towels, they will just pile up somewhere in there, and sooner or later, a clog will form.

There’s no way this will pass unnoticed. The plumbing bill size and an unpleasant smell spreading from the bathroom will ensure that.

Will One Paper Towel Clog a Toilet?

So, you shouldn’t flush a bunch of paper towels, but can you flush one paper towel?

If it’s just one or two towels, they should pass without clogging your toilet (unless you already have some issues with the plumbing in your home). However, that’s where you should stop. More than two paper towels will certainly cause problems to your bathroom plumbing system due to the reasons we mentioned above.

What to Do if You Flush Paper Towels?

If you didn’t know that you shouldn’t flush paper towels, you might have already sent some down the drain. If that’s the case, don’t worry. There are some steps you can take to fix this mistake.

Here’s what you can do to unclog the toilet if you have flushed paper towels.

The plunger is the go-to tool when it comes to toilet clogs. It can be very powerful If used properly and get the job done within minutes.

The trick to using a plunger is to set the angle properly and then push and pull the air, creating bigger and bigger pressure in the pipe. It will usually result in successfully unclogging your toilet.

Although usually effective, the plunger sometimes can’t finish the job. The clog may be too big and persistent, so a more powerful tool may be needed.

The best option in such a case is to use a toilet auger. First, take one end and push it down the toilet. Hold it on the opposite end and crank. It will create an even stronger pressure than the plunger, which should help remove anything stuck in the drain.

Unlike a plunger, an auger is not a standard item in a household. Therefore, you may need to visit a local shop to get one. It’s pricier than the plunger, but it’s worth it.

If neither tool has helped you remove the paper towel, you can resort to the most expensive option: to call a professional. Every plumber is well-equipped with tools and skills to remove anything that gets stuck in the drain.

If you’ve flushed too many towels, they may have piled up to the extent that it’s very difficult to remove them, so the plumber may need to remove the toilet bowl to fix the issue.

Calling a plumber can be quite pricey, so the main takeaway of this article should be: do not put paper towels down the toilet.

How to Dispose of Paper Towels Properly?

Here are a few things you can do to get rid of paper towels instead of tossing them down the toilet drain.

Throw Them in Trash

The simplest option is to toss them in your trash can. However, they belong to general trash than paper trash because we use them to clean up food, spills, and well, you know what.

If you’ve used a paper towel instead of toilet paper, you should still avoid throwing it in the toilet bowl. A small trash can next to the toilet can solve this problem easily.

Paper towels can be good for composting if you use them to clean up some organic, edible spills. Because they are carbon-rich, they are considered brown composting material, which is good for your garden.

If you use them to clean chemical dirt, the resulting compost will be harmful to your garden. If that’s the case, put paper towels in the regular trash.

In conclusion, can you flush paper towels? No. Do not put paper towels down the toilet. They are very likely to clog the drain and leave you with heaps of trouble.