Why Is the Toilet History’s Most Important Invention? 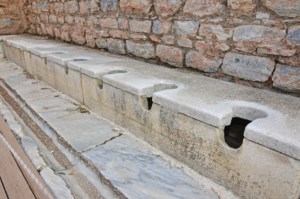 Imagine yourself sitting in a garden listening to three elderly men talk about the greatest inventions they experienced at some point in their life.

“I think the computer was the greatest invention because it allows everyone in the world to communicate with each other from the comfort of their own home,” says the first man.

The second man shakes his head. “No,” he declares, “I believe that the most significant invention was fire. This discovery allows us to cook foods, sing songs on camping trips, and boil water to keep it safe to drink.”

Then the third man thinks about the situation for a minute. “I’m pretty sure that the toilet is the most important invention of my lifetime,” he says. “If I didn’t have a place to escape from my wife, then I’d never get to play Words with Friends in peace!”

All kidding aside, there are several inventions in the history of our world which have contributed significantly to the modern lifestyle.

Even when we look back over the past 20 years, the changes have been extraordinary. Do you remember when computer hard drives were measured in megabytes instead of gigabytes? Or what about the transformation that happened in society when electric lights were invented?

From the automobile to solar panels, everything we use today came about because someone felt like it would make life better in some way.

And that is why the toilet should be considered the greatest invention of all time.

What Is Essential About a Toilet?

We often take the toilet for granted today. There’s an excellent chance you probably get up in the morning to spend some quality time on this throne with your smartphone as you get ready for the day. That’s not a judgment – it’s just reality.

Thanks to the toilet, we have an efficient way to process our waste products. When you flush, then everything you just passed along goes into sewer or septic system connected to your property. There is no bucket to dump, hole to clean, or dirty straw to remove.

Even the invention of an outhouse created a reduction in disease transmission. Latrines can cut the risk of infection from three, and intestinal parasites by 50%: whipworm, roundworm, and hookworm. These STHs transferred from person to person through contact with soil that is contaminated with feces.

Guess what happened when the unlucky maid dumped a bucket full of poop outside? You guessed it – worm transmission. It wasn’t that long ago that this problem was finally resolved for good, even with our modern culture.

Now here is a harsh fact: the World Health Organization believes that there are 2.3 billion people in the world today who still do not have access to basic sanitation. They might not be throwing out their feces in a bucket, but they are dumping it in rivers, burying it near fields, or creating piles of it like animals do in a corner of a room.

Is that any way to live life? 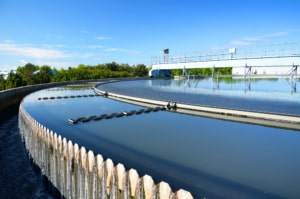 Since 1990, number of people who have access to modern sanitation fixtures has risen from 54% to 68%. Despite these improvements, there are a lot of people in this world who have never even seen a toilet that they could use.

And you thought it was bad when the power went out and you couldn’t flush it without a bucket of water standing by!

The information gets even worse. And estimated 900 million people are still defecating in the open, using street gutters, going behind bushes, or taking a secret poop out in the ocean. At least 10% of the world’s population eats food that was irrigated by untreated waste water.

My dear, our celery tastes distinctly musty this evening… where did you empty our chamber pot today?

Inadequate sanitation creates 280,000 diarrheal deaths each year, with children under the age of 5 at the most significant risk of exposure. Trachoma, intestinal worms, and schistosomiasis all occur without a toilet.

Poor sanitation is also linked to the transmission of cholera, dysentery, hepatitis A, typhoid, and polio. There’s an excellent chance that if you are reading this content right now, these diseases or health issues never caused you to make a run to the local emergency room.

You can thank a toilet for that fact.

A Lack of a Toilet Creates a Cycle of Poverty

People who are forced to defecate in the open are stuck in a vicious cycle of poverty and disease. The countries where this issue is the most widespread are also the nations that have the highest numbers of death for children under the age of 5.

Having access to better water, hygiene, and sanitation fixtures could prevent the deaths of over 360,000 children every year.

When there is not a toilet available for a community to use, there is also a higher risk of malnutrition. The disparity of wealth is extreme around this one fixture. Even if the only step a community can take is to dig a latrine that people can use to store their waste, is better than nothing.

If you want to make a difference in the world today, don’t invest in food resources. Oxfam estimates that farmers are already growing up to 20% more food than we need for our comfortable survival. We should be investing into improved sanitation structures instead.

When someone makes a $1 investment in sanitation for a developing country, then a $5.50 economic return occurs because there are higher productivity levels, lower healthcare costs, and fewer premature deaths occuring in that community.

How Much Does It Take to Bring a Toilet to Someone?

There is an NGO based in Singapore called the World Toilet Organization. Their mission is simple: to break the taboos that surround modern sanitation fixtures and toilets in villages where such facilities may not exist. They have lobbied governments, private stakeholders, and public organizations since 2001 to prioritize sanitation when developing a community.

If you’re not interest in purchasing one of the best toilets for your home today, then consider making a donation that can help someone who needs one instead. This charity offers three different suggested giving options.

That means you can create $1,000 worth of economic benefits just by giving one individual access to a clean toilet to use. Now imagine what benefits you could offer when that toilet goes into a home of seven people!

If you are renovating your bathroom as part of a home upgrade, then consider donating an older toilet to the local Habitat for Humanity. Their ReStore program will accept this fixture if it meets current water-use standards and is in a gently-used condition.

Several organizations allow you to donate emergency toilets to communities in need as well.

What Are the Benefits of Improving Sanitation?

When a family has access to a clean toilet, the benefits of improved sanitation go beyond a risk reduction for diarrhea. They also work to reduce the spread of neglected tropical diseases that can cause suffering for millions of people each year.

Having a clean toilet in or near a home reduces the impact and severity of malnutrition on children during their important first years of development.

This technology promotes an increase in safety for women and girls while encouraging higher levels of dignity within each community. It can even boost attendance rates in schools if the facilities have a clean toilet for children to use.

Families with daughters are much more likely to send them to school in the developing world when the building has a clean toilet to use compared to locations that do not have one.

Personal hygiene is critical to a person’s success in today’s world. The fight against disease always begins with washing the hands. There are numerous germs found in liquid human wastes that can last for a significant time when water and wastewater resources are combined.

Even the flies who have access to feces can transfer viruses with their legs after they land on waste materials and then settle on your skin.

The most feared of all the diseases that a lack of toilet access creates is cholera. When people live together in a confined area without a toilet or clean drinking water, then it’s only a matter of time before it develops. Someone can lose up to 20 liters of fluids per day when this disease is at a peak. People die because they become so dehydrated that their bodies literally wither away.

Toilets can change all of this. That’s why it is the most important invention in world history.

Is your old toilet looking a bit tired? As ancient as a Roman public bath? Check out the newest and best designs to fit your needs over at our reviews.